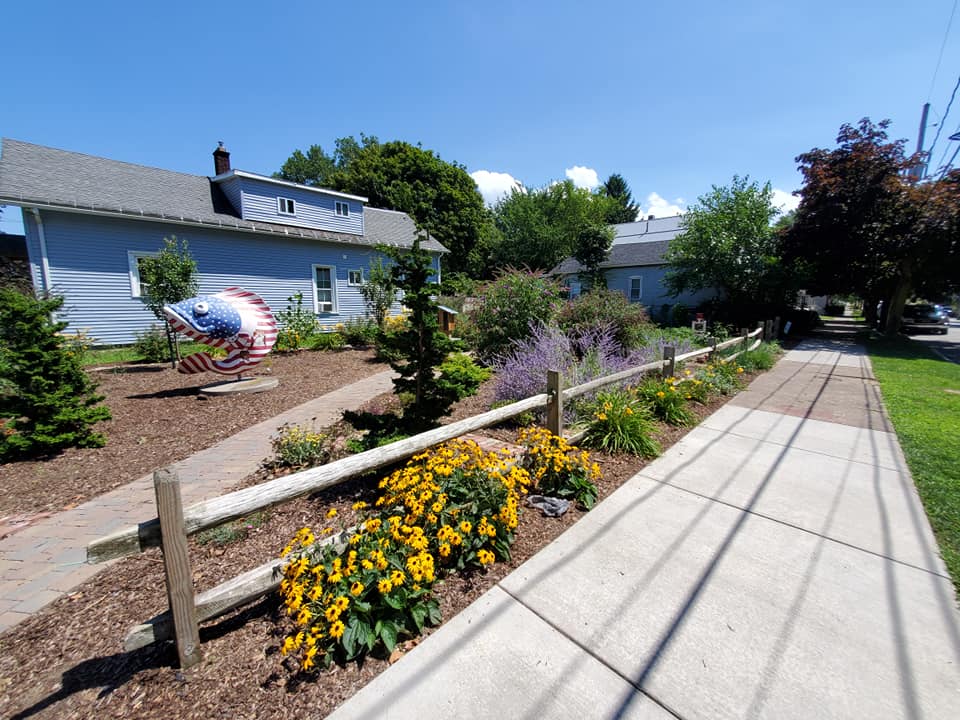 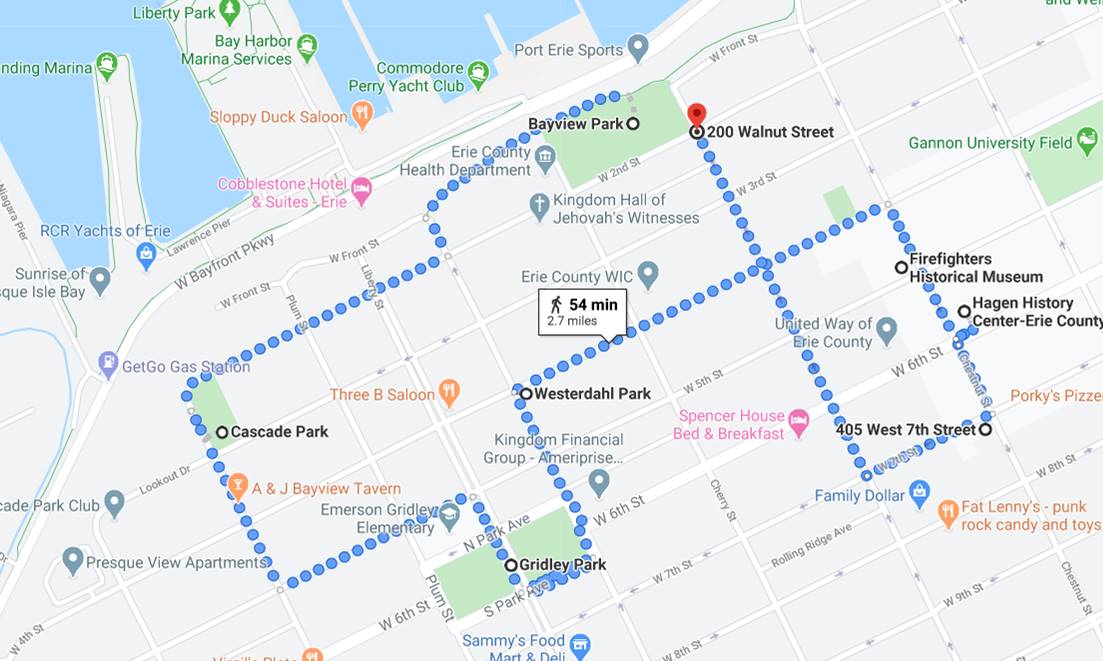 This week, check out some of the beautiful parks and gardens, and educational museums, that are found throughout the West Bayfront neighborhoods! We hope you find a space you haven’t seen before on this walk. First, hear from residents Seph Kumer and Elizabeth Crawford about why the neighborhoods parks, gardens and museums are important to them!

This park was named for Ms. Nitkiewicz, a disability-rights advocate, and was originally designed to be accessible to people of all abilities.

Gridley Park was laid out in the original survey for the City of Erie along with two other similar parks (Perry Square and what is now known as East Park) each one mile apart. A monument to Charles Vernon Gridley, an officer in the United States Navy during the Civil War and Spanish-American War, stands at the park’s center. Gridley Park is the site of several annual community events including National Night Out.

Offering some of the City’s most beautiful views, Bayview Park has been the focus of recent OWB revitalization efforts including installation of the splash pad and walking paths and new public art honoring the history of Pontiac Field. Additional improvements including swinging benches and informational kiosks are planned.

This “pocket park” was named for the corner store that occupied the site years ago. Neighbors helped to design the park and now help to care for it.

On the grounds of Gannon University’s West Hall, the Gannon Goodwill Garden is a community vegetable garden operated by university staff, students and volunteers. The garden produces over 500 pounds of produce for neighborhood food pantries annually.

The Hagen History Center is home to multiple exhibit, educational and event spaces on a campus that has been dramatically improved over recent years. Recent projects have included the restoration of the Wood-Morrison House and a new history exhibit center. A 200-pound replica of the Justice Bell, an iconic symbol of the women’s suffrage movement, is currently on display.