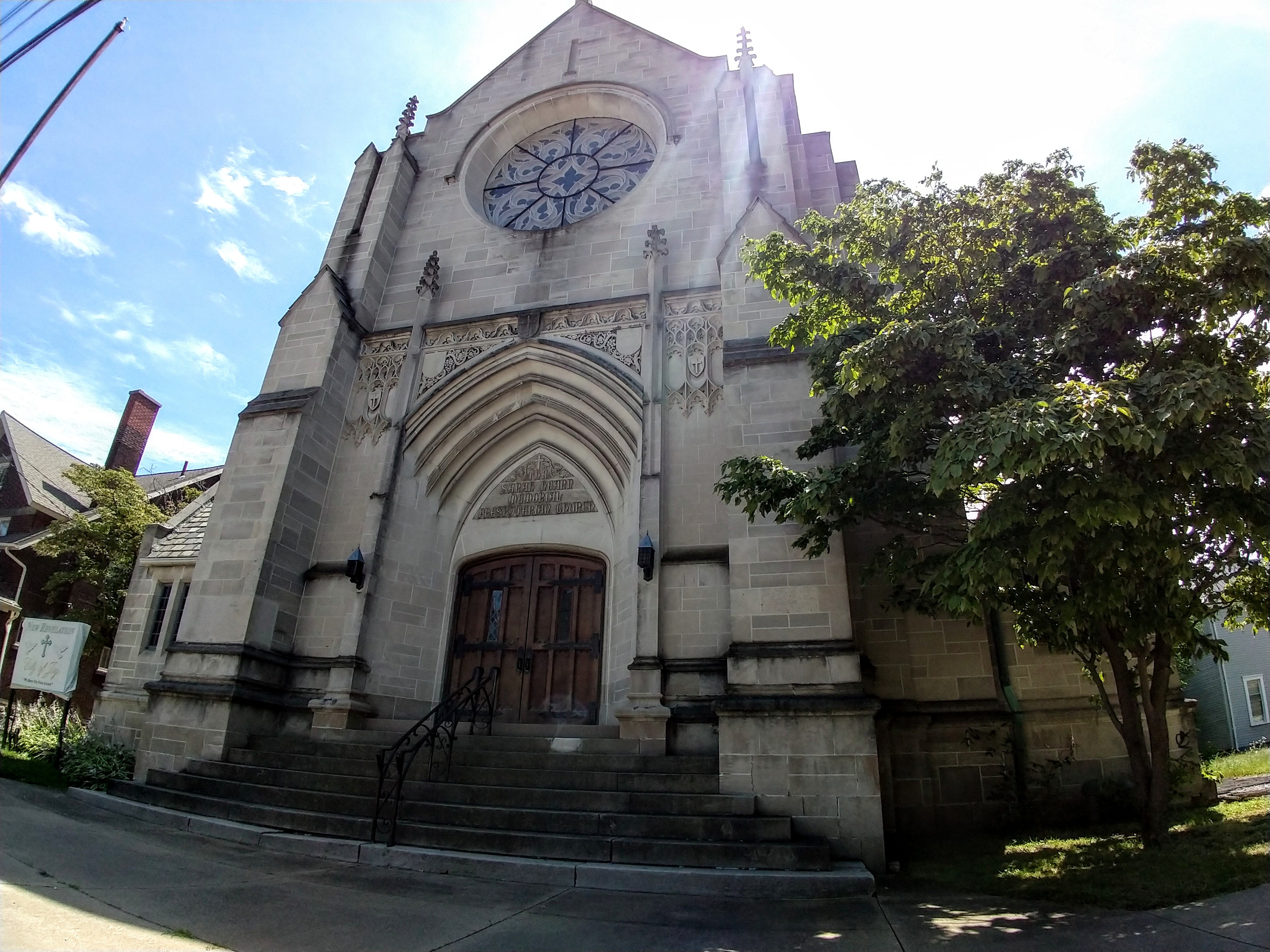 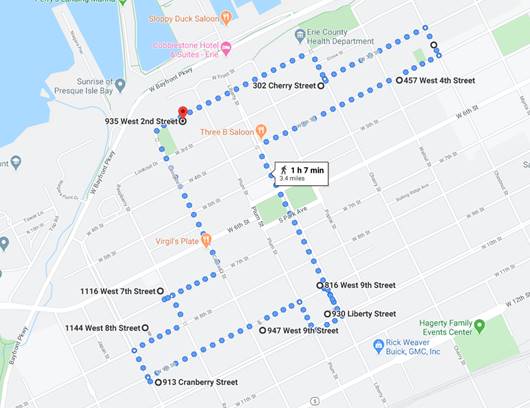 City Councilwoman Liz Allen created the West Bayfront Soul Stroll as a way to explore the Erie’s houses of worship and the neighborhoods that developed around them.

Click on the links to find out how to get to the location in Google Maps. Sites marked with an asterisk (*) indicate points of interest that highlight the history of the neighborhoods. A few are just off of the walking route and are worth checking out if you have the time to explore.

*Pontiac Field, Bayview Park, West 2nd and Cherry Streets. The Pontiacs baseball team included former Negro League stars Sam Jethroe (who was honored as the National League Rookie of the Year for the Boston Braves in 1950) and Willie Grace, who made his home in this neighborhood. Read more history on the placque at the field.

*Somerlyst: At the foot of Cherry Street on the waterfront, Danish immigrants built a group of cottages known as “Somerlyst,” which means “summer of fun.”

*301 Cascade Street. Notice the interesting architectural detail on this former corner store. According to the Erie City Directory, this building was once the original home of Bello’s Market, founded by Portuguese immigrants. Another source identifies it as a former fish market.

*Cascade Park Club, 301 Raspberry Street. When the club was founded in 1897 by John Bastman, it was on Plum Street, then moved in 1905 to North Park Avenue, near Gridley Park, where it was known as the Fourth Ward Social Club. (Gridley Park was laid out by famed surveyor Andrew Elliott). The Cascade Park Club has been at its current location since 1922, according to a story in the Erie Dispatch-Herald.

2. St. Andrew Catholic Church, 1116 W. 7th St. The first church founded by Portuguese, Irish and German immigrants, was at W. 6th and Raspberry and dedicated on July 30, 1871. After the original church burned, parish members met in a basement building until the new church was dedicated in 1915. The Our Lady of Fatima Shrine, between the church and the rectory, was dedicated in 1956. Additional money to finish the shrine was raised by Portuguese immigrants. Interestingly, a publication celebrating St. Andrew’s centennial in 1971 said that the church was considered to be part of the “New Jerusalem” neighborhood.

3. Gurdwara, a Sikh Temple, 1144 W. 8th  St. Gurdwara means “door to the guru” and this temple, opened in 2016, is the first Sikh temple in Erie, drawing worshipers not only from Erie, but also Corry, Meadville, and even New York State.

5. New Revelation Full Gospel Baptist Church, 947 W. 9th St. The name of the original church, Sarah Hearn Memorial Presbyterian, can be seen above the front door. The building was sold to New Revelation in 2008, when the Sarah Hearn congregation merged with Perkins Presbyterian to form New Hope Presbyterian. According to architect Jason Wieczorek, a neighborhood resident, the church’s slate roof has interesting details. “The slate is foreshortened … the tiles near the bottom are larger, but they decrease in size as they ascend to the ridge. Some would call it a forced perspective, exaggerating the height through optical illusion.” The large blue house on the northwest corner of W. 9th and Cascade is also known as the Sarah Hearn Mansion.

6. Our Lady of Lourdes Grotto, on the grounds of the Villa Preservation Apartments, 800 block of West 9th St. This devotional grotto was built in 1912 with stones left from the construction of St. Patrick Catholic Church and has recently undergone restoration work under property owner Housing and Neighborhood Development Services. This complex was formerly Villa Maria Elementary, Villa Maria Academy and Villa Maria College. The white-sided house at the corner of West 8th and Plum Streets served as an annex for the college.

7. Former Anshe Hesed Temple, 930 Liberty St. The Jewish Temple opened in 1930, after moving to Liberty Street from its former location on West 8th The former temple on West 8th, in turn, became the home of Assumption Greek Orthodox Church. After the Greek church building was destroyed by fire in 1984, a new Greek Orthodox Church was built on West Lake Road in Millcreek. The congregation of Temple Anshe Hesed moved to Old Zuck Road in Millcreek in 2018.

* U Frame It, 731 W. 8th – Former Weiblen pharmacy. Notice the black tile, restored to its style.

8. St. Joseph House of Faith in Action, 457 W. 4th St., was dedicated by Gannon University in 2018 and serves as a neighborhood outreach center for the university’s Center for Social Concerns.

*500 block of West 3rd Street, south side of street. Memorial to Isaac and Mabeline Blanks, whose 15 children include local entrepreneur Thelma Blanks and Tae Bo founder Billy Blanks. The Blanks family attended West Bayfront Bethlehem Temple, which had been located at 540 W. 4th, directly in back of the Blanks’ homestead.

*Cherry Street Church of God, 302 Cherry St., was founded by William and Mary Harden, who came to Erie from Laurel, Miss., as part of the Great Migration north by African Americans.

Please note that this is not intended to be a comprehensive list of houses of worship in the West Bayfront neighborhoods.