In 2016, Our West Bayfront completed a 9-month, community-driven process to plan for the West Bayfront neighborhoods’ future. Hundreds of residents and community partners provided input on the priorities and opportunities for the community. The Community Plan is now the foundation upon which OWB’s work is based. It guides our priorities and the geographic focus of our efforts.

In 2021, OWB revisited the original Community Plan to identify any new priorities and refocus our efforts. The result of this effort was the creation of the 2022 Community Plan Update, linked below, which identifies several areas on which OWB will focus in the coming five year period.

To learn more about the planning process and how OWB uses our Community Plan, please check out this brief video by clicking here. 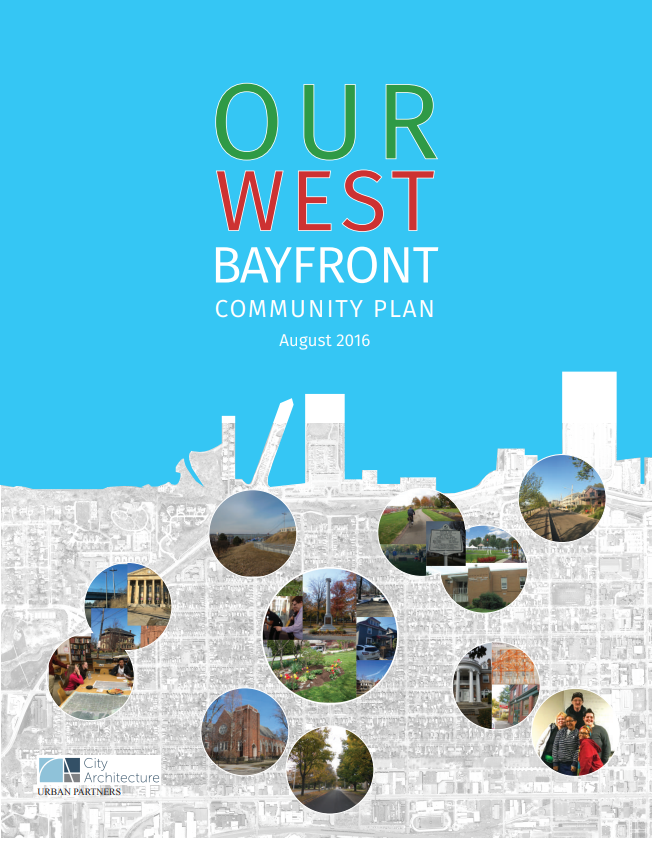 In 2012, the West Bayfront Planning Collaborative received a Great Ideas Grant to fund an initial plan for our neighborhoods. This plan helped us reach our identity as Our West Bayfront. In 2015, to further the efforts of the group we began with a request for proposal to create a five year strategic plan and a one year implementation strategy for neighborhood revitalization and preservation. On July 15, 2015, a probed conference was held. City Architecture was awarded the contract in August. Over the next several months, City Architecture held numerous focus groups in homes, businesses, and community organizations. Residents were given the opportunity to highlight their neighborhood’s assets and make suggestions for improvement.

The Steering Committee Presentation took place in March 2016. This meeting was held to provide an opportunity for residents within the West Bayfront to hear an update on the community planning process and to share their concerns and aspirations for the area. Along with an overview of the planning process to date, the slideshow took a more detailed look at ten focus areas to improve and build upon. The plan to prioritize 3-4 focus areas would enable Our West Bayfront to focus resources and attention on an initial set of catalytic initiatives to spark further reinvestment throughout the community.

Another meeting was held on April 5, 2016, allowing City Architecture to make neighborhood recommendations and hear feedback that would be used to guide the Steering Committee Forward.

A draft of the Community Plan was shared on Monday, May 23 at a large community meeting and feedback was collected through the beginning of June to be used in the final draft of the plan.

The final draft was presented to the community for feedback on June 30, 2016.