A New Pocket Park in Erie

The new pocket park named for the store that once occupied the lot.

On Thursday, August 31st, Our West Bayfront held a ribbon cutting to celebrate the opening of Westerdahl Park at 663 West 4th Street. This new “pocket” park has been created with the involvement of dozens of community members on a lot previously occupied by a blighted home. Named for the corner store that once served this West Bayfront neighborhood, the park is a sign of neighborhood renewal.

Park construction was overseen by Dahlkemper Landscape Architects and Contractors based on a design created by local architect David Brennan of Bostwick Design Partnership developed with input by neighbors. Much of the construction was done by National Civilian Community Corps (NCCC) Team Oak 11, a group of young adults from across the country who spent July and August working on community projects in the West and East Bayfront neighborhoods. Park construction was funded with grants from Environment Erie and the Erie County Gaming Revenue Authority.

Check Out Our Results 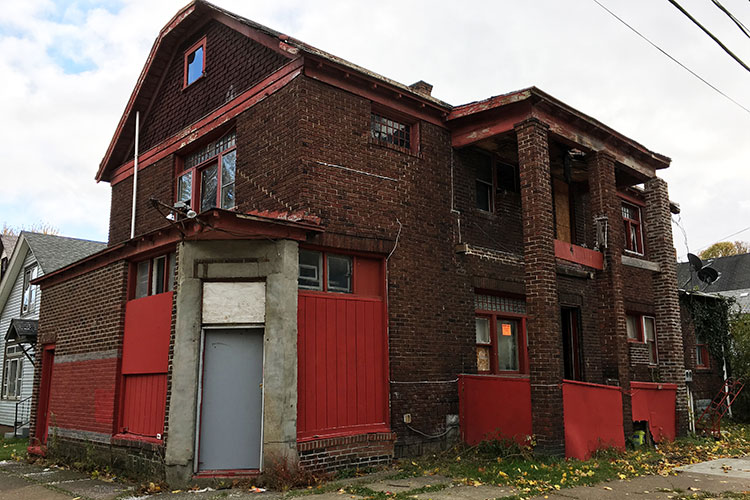 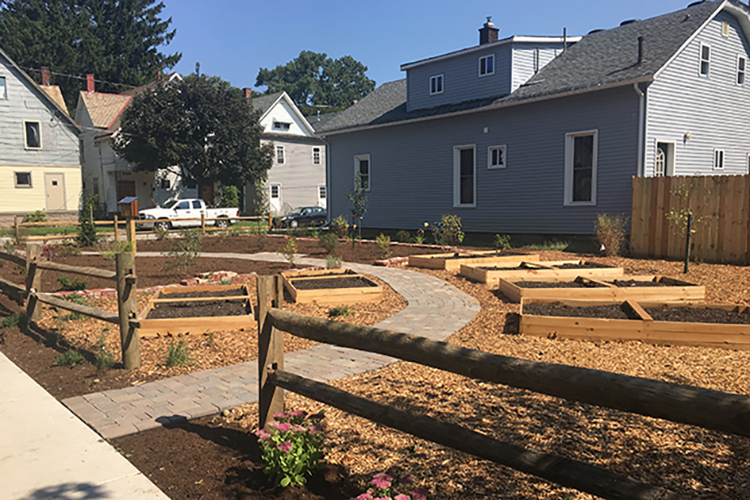 The NCCC team acted as a driving force in the construction of the park. They provided the many hours of hard work that we needed to push this project forwards. Their presence has definitely left a lasting impact on the West Bayfront Community.

Thank You for Your Contributions

Neighbors contributed special touches such as such as an engraving bench and solar lighting provided by John Reitinger and a Little Free Library constructed by Lewis Prest.

Westerdahl Park includes new community gardening beds which will be available for residents to use beginning in the spring. Please contact Dani Flores at dani@ourwestbayfront.org if you are interested.